This shore excursion is a sure way to experience Italy in ways that only dreams are made of! With vibrant colors, amazing architecture, vibrant fashion culture, rich history, fine wine and delectable cuisine, this excursion will not disappoint.
Your action-packed day will start with our English-speaking chauffeur picking you up outside the cruise ship terminal at Sorrento port.
It is always wonderful to have some background information about the places you would be visiting.

Here are some interesting facts about Positano and Pompeii:

Positano, an ancient city, enjoys a mild, dry climate and is surrounded by mountains that form the shape of a crown. Three miles away from the coast, a little archipelago rises from the sea – “Li Galli” or “Sirenuse” – composed by three islands: “Gallo Lungo”, “Rotonda”, “Castelluccio”, which was considered the abode of the bewitching Syrians. The origins of Positano, like those of many other towns, are full of history and myth, making it difficult to distinguish reality from legend.
The hospitable inhabitants of Positano allowed it to become one of the world’s most famous tourist destinations. The city hosts a series of feasts and cultural events in summer. The International Award for the Art of Dancing in honor of the great dancer and choreographer Leonide Massine is held during this time.
Mount Vesuvius, one of the most dangerous volcanoes in the world, buried the ancient Roman city of Pompeii in the year 79 A.D. with a thick carpet of volcanic ash. Around two thousand lives were lost and the city was forgotten. When a group of explorers rediscovered the site in 1748, they were surprised to find that underneath a thick layer of dust and debris, Pompeii was mostly intact. The buildings, artifacts and skeletons left behind in the buried city have revealed a great deal about everyday life in the ancient world.
On one side of Pompeii lies the forum, where much of the business in the city was carried out. There were also temples to Venus, Jupiter, and Apollo near the forum. An aqueduct carried water into the city to be used in the public baths and fountains. The people of Pompeii enjoyed their entertainment. There was a large amphitheater that could seat around 20,000 people for gladiator games. There were also many theatres for plays, religious celebrations, and musical concerts. 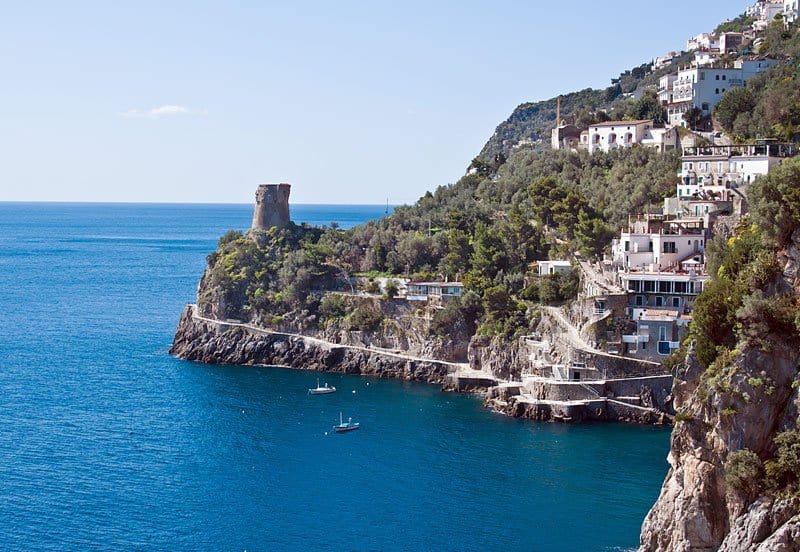 What to Expect on your Winery Shore Excursion of Pompeii and Positano:

Your chauffeur will start the day driving along the beautiful Amalfi coast towards Positano. The scenic views will have you gazing around with sheer pleasure! At every corner, you will be greeted by magical vistas. Ask your driver more about the region and he will be able to give you answers based on his personal experiences about the place. Allow yourself some time to halt at some of the picturesque spots along the way to capture some priceless memories.
Viale Pasitea, a winding one-way street that forms a loop around the center of Positano, is where your chauffeur will park the car. From this point, the only way to get around is on foot. You have about an hour to explore the fascinating city. Walk by the elegant boutiques and quaint homes that line the streets, and click a few pictures by the serene waterfront. Positano is well-known for its clothing, so make sure you pick up some trendy apparel to wear on the cruise ship.
From Positano, your chauffeur will continue driving along the steep mountainous roads that take you towards the highway. The views of the craggy cliffs and stunning deep blue sea will have you looking dreamily out of your window.
To the vineyards next! Your chauffeur will continue the drive along the foot of Mount Vesuvius. Though currently dormant, it is one of the few active volcano in Europe.

The vineyards are situated on soil that bears testimony to centuries of history and myth. The farm’s vines lie on Boscotrecase soil, the ancient “Bosco delle Tre Case Religiose” (The Wood of the Three Religious Houses), on the foot of the Sterminator Vesevo, the name the illustrious Italian poet Giacomo Leopardi gave to the Vesuvius.
Enjoy the taste of the region’s variety of wine right at the source as you learn a little more about the ageing process. Breathe in the rustic beauty at the vineyards and savor a delicious light lunch made with local products.
With this refreshing break, you will be ready to explore more at your next stop as your chauffeur drives you south to Pompeii.
This 108-acre UNESCO World Heritage Site is one of the most important archeological sites in the world. There is so much to see and the site is vast. You could tour with or without a licensed guide; however, we recommend the latter which we can arrange with prior notice at an additional cost.
At the end of your visit, your chauffeur will meet you outside the ruins to take you back to the Sorrento port. We are sure you would have many exciting stories to relate to fellow passengers during your cruise dinner!
Contact us today to book your Positano & Pompeii winery shore excursion from Sorrento or request a quote online.